Like two siblings vying for a parent’s attention, digital and traditional advertising have been fighting for advertisers' attention since digital came of age in the post-dot-com bubble era. Many have portrayed this as a war between generations, where the old guard “just didn’t get it.” But this shouldn’t be seen as a battle of relevance between old and young or a battle for the billions of dollars of media that advertisers spend. Because the losers in a war of this kind are not just the advertisers, but also the consumers they serve.

While we all should acknowledge the rise of digital advertising as a strategic media channel in an advertiser’s arsenal, the more beneficial point of view is one where we get rid of the “zero-sum game” model where one wins and the other loses. Instead, we should take an “additive” point of view, where advertising itself evolves and new tools and perspectives develop to meet advertiser and consumer needs.

This need to evolve can no longer be ignored by the old guard, as the young upstart digital has finally usurped TV as the dominant advertising media by spend. In 2017, digital marketing overtook television advertising for the first time. According to reports, TV advertising generated $178 billion worldwide with digital reaching $209 billion.

While the great marketing divide debated traditional vs. digital and old vs. new, TV and digital marketers went to battle by picking sides. However, actual consumer consumption trends don’t support this. According to the August 2018 Nielsen report, people are actually watching more -- not less -- media, especially when you factor in consumption on tablets, smartphones and the web. On top of that, adults in the U.S. actually spent more time watching live TV each day (16 minutes more) in 2018 than they did in 2017.

Have we thought about media usage wrong and, in turn, are making decisions because it’s been a "one or the other" mentality?

Done right, television can provide the scale and memorability that advertisers are after. Based on compiled data from The Global TV Group, TV reaches nearly every person on the planet in the course of a month, with 90% being reached each week. It’s this reach that makes TV such a powerful form of advertising. TV not only helps you reach a large audience, but you also can reach the right audience via behavioral targeting. If you think TV is only for traditional brands, think again. New-age brands, like Fitbit and Airbnb, have seen immediate and significant increases in digital engagement (measured by site traffic) once they started advertising on TV.

“The reality is Google doesn’t motivate a search. It simply enables it. No one randomly types in the name of a brand, product or service. It all starts somewhere else. To see the big picture, one must look at these cross-media connections. You need to focus on the synergies, not the divisions, that exist between TV and digital ... The more we think about Google as a destination and less as a starting point, the better we’ll understand its connection to television,” said Bill McCabe, president and CEO of Eicoff in a March 2018 blog post.

A Google study on TV’s impact on search in 2010 and updated in 2017certainly acknowledges the correlation between the two as well. And Google's groundbreaking work on Zero Moment Of Truth and micro-moments reinforce that search is growing, but ignore the “stimulus” that drives search, even though it is clearly part of the model.

Television’s scale and awareness are undeniable, and digital provides unmatched precision. In fact, we’re seeing more companies, including our own, focus on merging broadcast TV ad performance and digital engagement. Based on data on how a TV ad is performing via digital engagement, advertisers can adjust search advertising bids and budgets and identify broadcast opportunities for improvement. Moreover, you can gain insights into your ideal customer with granular data on who is interested in your product, brand or company. This detailed view of who is interested provides an opportunity for companies to drive engagement. You can encourage your audience to interact with you and draw them in.

For those that want to start an armistice between TV and digital advertising within their own organizations, here are a few great first steps:

With this data and free data analysis tools (like Google Data Studio), you can begin to quantify basic "lift" generated by TV and start exploring other ways to proactively use this data to activate new campaign strategies.

TV’s scale and digital’s precision are better thought of like peanut butter and jelly: better together. The latest Facebook IQ study shows that direct correlation. This study observed the everyday behavior of U.S. TV viewers and revealed that 94% of those studied had a smartphone "at the ready" nearby while watching TV.

So, come on, TV and digital, it’s time to stop the feud and work together and add your strengths for the greater good. Television, you build credibility and scale that drives digital engagement. Digital, you supplement TV with microtargeting on additional touch points like paid search engine ads, audience retargeting, display ads and social media.

When you both grow up and realize that you both support and need each other, advertisers, consumers -- frankly, all of us -- will be better off.

Co-founder and CEO of Advocado, Brian is a proven entrepreneur with a passion for expanding the intersection of technology and communication. He is a true innovator and has been a founder or co-founder of multiple startups. His talent to see “beyond the known” and identify the real opportunity has resulted in some of the most creative omni-channel solutions to date and was instrumental in inspiring the vision of Advocado. Brian has over twenty years of experience working leading companies such as TD Ameritrade, ADP, Walmart, WPP and major health insurance companies.
false 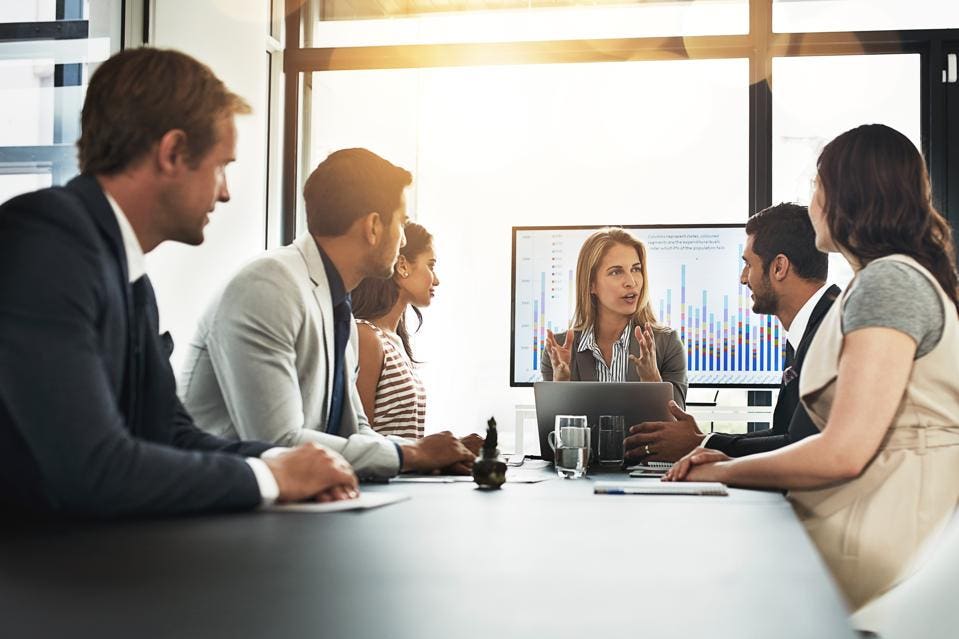